Revolutionary, you go clawing at oedipus truth to make compartmentalized sense. Do this to get that, you say. You have many tongues. When you sense one of your mouths taking the reigns, you pursue it for the rest of your life. You question men on statements they made years, months, minutes ago. You erect the white myth of reason. This arbitrarily informs directs and commands you. You hear someone mention suicide and so you step out for a hot dog. Gorging like hogs on charts, results, the electronic label maker abused like a drug. Black pepper, white salt. You Are No Free Poet. Do not ask teacher what buddha means. Do not ask what picasso means. Picasso will not answer. His secretary will pick up the phone- "Call God. We are busy." 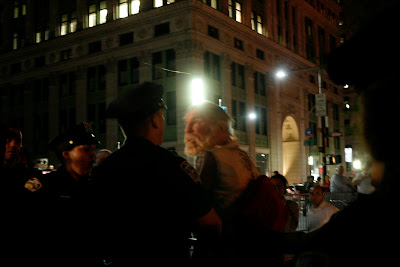 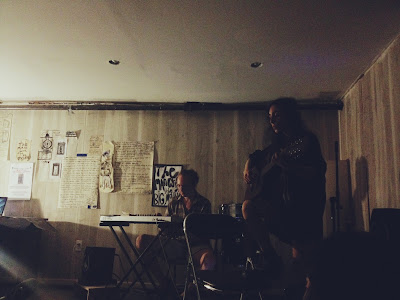 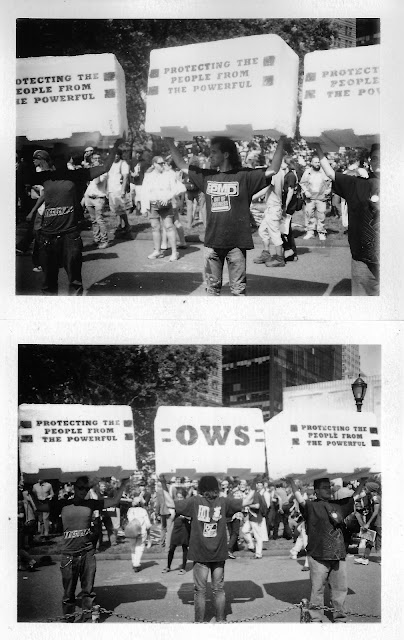 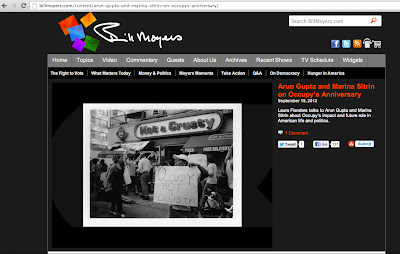 -NYPD throw 60yr-old-man to the ground at zuccotti park
(only a group of nearby tourists is surprised)
-2nd image down of July art Show by sasha arutyunova
- knock off NYPD barricades read: "OWS - protecting the people from the powerful"
- my work featured on bill moyers segment in reference to the Hot & Crusty workers struggle (ongoing)


the ancient celts carefully distinguished the poet, who was originally a priest and judge and whose person was sacrosanct, from the gleeman. when two armies engaged in battle, the poets of both sides would withdraw together to a hill and there judiciously discuss the fighting. The gleeman, on the other hand was a joculator or entertainer.

Rothko feb. 2nd 1948- There has been an organized attack on "unintelligible" art simultaneously in the NY Times, Art News, Telegram, etc. That in itself does not trouble me. What is amusing is the artists, who being attacked and planning reprisals, are as fearful of their vested interests and of offending somebody or other, as if they were merchants or peddlers. I think the attack is the greatest signal honor which we have received here in ten years. To be intelligible to them is dishonorable and suspect.