He dissects & drains until he has each one down.
these women crave organization.
the reward for their therapy is extermination.
He craves flaws, distinction. The challenge of the wrath and whims of a real woman.
i am the target of the investigation.
there i am, the dirty linen, the kink in the machine.
the other girls regard me as a gram of misfortune
unsettling the delicate balance of their destructive order.
order here means death.
all incentives point to order.
order, the cruel drain.
for a while I drew but some found out about it and i feared i'd be classified as an artist.
i was afraid they would find a place for me in their socie*y
and thus perfect declare their state, their reward, the sucking of their blood.
all fluids rotating in harmony within his ancient greedy veins.
i therefore stopped drawing.
sometimes i slip away and take my red portfolio w/ the soft burlap ribbons.
i like to run my hand across the skin of each drawing.
they cannot classify me without evidence.
a flash of sulphur and one by one they are consumed by flame.
they cannot classify me as artist.
art ceases. i've stopped. i dream of escape.
he is in a bad humor. he calls the role for extermination.
i call to protest. i have defied order. there is nothing left of the artist.
no mood of creation. the rules call for a fixed state.
i understand the gift is escape. i guard my sores.
i cannot accept defeat. my desire to escape mounts.
i'm getting overexcited. my blood implodes.
imagination is about to be realized. survival is stronger
and i decide it must be now.
i run and i ride like hell.
i am riding a predestined escape route.
i understand i am the (escape) goat.
i have unleashed two huge black candlesticks
onto the altar of illusion.
- Patti Smith


Sartre on Genet as child thief - pocketing fruit and eating it:

He turns in on himself, he rewards himself.
The pleasure is real. Real, too, the chewing and swallowing.

But the reality is of no interest in itself; it is there only to lend a body to the desperate efforts of appropriation. The important thing is to use these real facts as symbols.

The legitimate owner puts out his hand, picks up a piece of fruit and eats it peacefully. Genet transfers to himself the owner's gesture and sensations so as to identify himself with the latter by an effort of mind. He takes in order to convince himself that he has the right to take; he eats as an actor eats on the stage; he is playing at possession; he embodies the owner as Barrault embodies Hamlet. However, he makes, at the same time, a considerable effort to be his own audience so as to catch himself in the act of possessing. Need I say that he is always about to succeed but never does? It doesn't matter. He already finds within himself what the Marquis de Sade called the "principle of delicacy," which makes him prefer nothingness to being, imagination to reality, tension to enjoyment.

In short, his operation clearly falls into the category of poetic acts:
it is the systematic pursuit of the impossible. No wonder that he wrote later that "the land of the Chimeras is the only one worth inhabiting" and that he quoted the following line from Pope: "Nothing is beautiful, save that which is not."

But what appears with the first thefts is not only that straining of soul toward something beyond the true which will henceforth characterize Genet's inner tempo, but also the particular nature of his poetic procedure. He never dreams. He does not turn away from the world in order to invent better worlds, he does not abandon himself to images, to musings. His imagination is a corrosive operation that is practiced on the real, an operation aimed not at evading but at transcending reality, and, as we have seen, at dematerializing it.

Other children would have played at ownership with imaginary belongings. A pebble would have been a gold piece. They would have made believe they were buying or eating. But our little thief wants to eat "for real," wants to have real pleasure in his mouth. Only, this real pleasure is neither wanted nor felt for its own sake; it is in the service of an impossible attempt to coincide, in the realm of the imaginary, with the essence of an owner of things. As a result, the whole system is derealized, the very enjoyment becomes imaginary. The true pleasure of a thief becomes a fictitious pleasure of a fake owner. Reality is worn so thin that one can see the light through it. 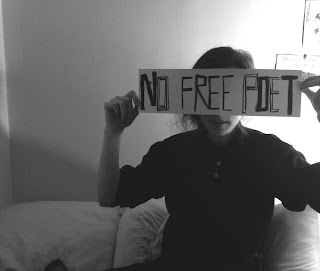 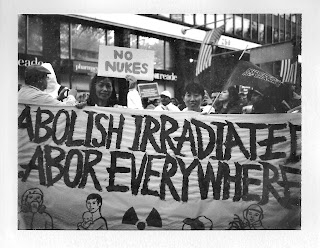 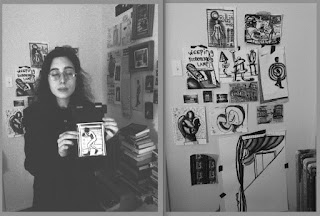